Sea Holly Gallery has gone into hibernation while we do battle with Covid-19. In such uncertain times there is no way of knowing when the Commercial Court family will reopen – but we will and rest assured that this will not be until we can keep all our friends, supporters and staff safe. We will do our very best to bring you the exciting shows you were looking forward to in some shape or form, and thank you and the artists for your patience and understanding.

In the meantime, take a look at what Francesca Biondi has done with Gallery 545. Her collection of carefully selected artistic ‘treasures’ by artists based in Northern Ireland was due to be on show in the gallery in May 2020. Refusing to be defeated Francesca has made this exhibition happen instead online, 3rd May – 31st May. 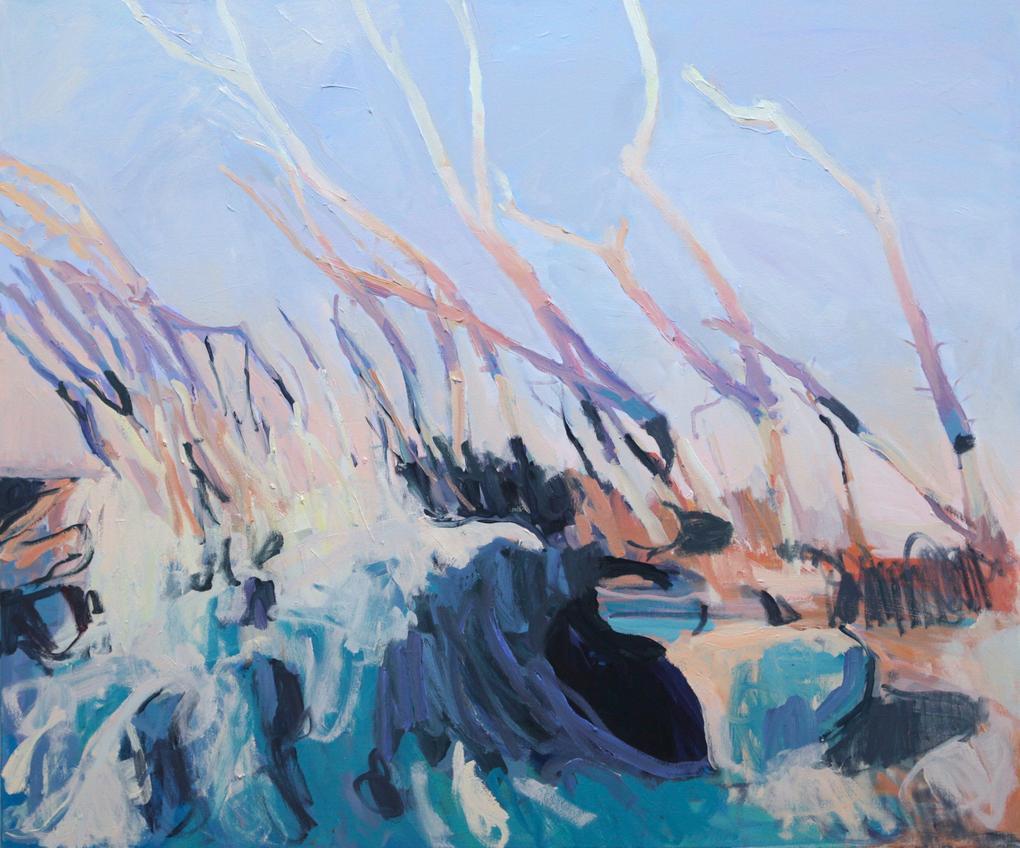 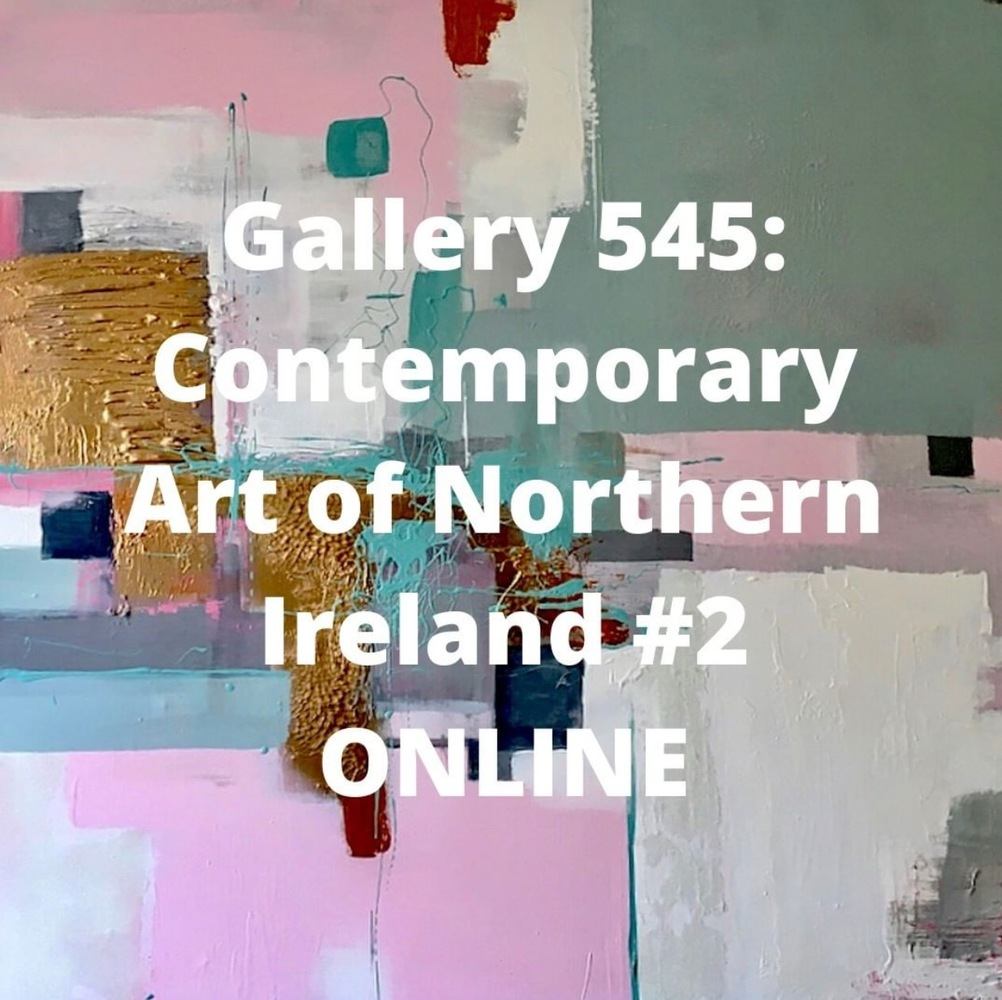 Here you can expect to see work from well-established artists, as well as exhibitions by new and emerging artists. It’s somewhere very special. It’s calm. It’s peaceful. It’s full of light. It’s beautiful. It invites you to reminisce about the past, live in the present and dream about the future.

It’s with great pride that our name is in memory of a wonderfully talented County Down photographer named Jill Todd, who’s sparkling career was cruelly and tragically cut short at just 23 when she lost her life to cancer. The Sea Holly, a little plant found growing in sand dunes and resembles a thistle, was the subject of one of Jill’s early projects.

Jill’s parents, Barrie and Patricia Todd, along with her friends and colleagues, established the Jill Todd Trust to promote early careers in photography and support research into cancer. Barrie’s architecture and design business was for many years part of the Catherdral Quarter community, like us they stuck it out during the Dark, troubled days and lived to tell the tale. Barrie is the architect and designer who brought Willie, Joanne and Bruce’s visions of the gallery to life.

Following a hugely successful exhibition in 2019 Francesca Biondi returns to Sea Holly with her incredible collection of artistic treasures from the length and breadth of the country. Gallery 545 showcases the very best in contemporary art by artists based in Northern Ireland – from the emerging artist to the well known and established artists. 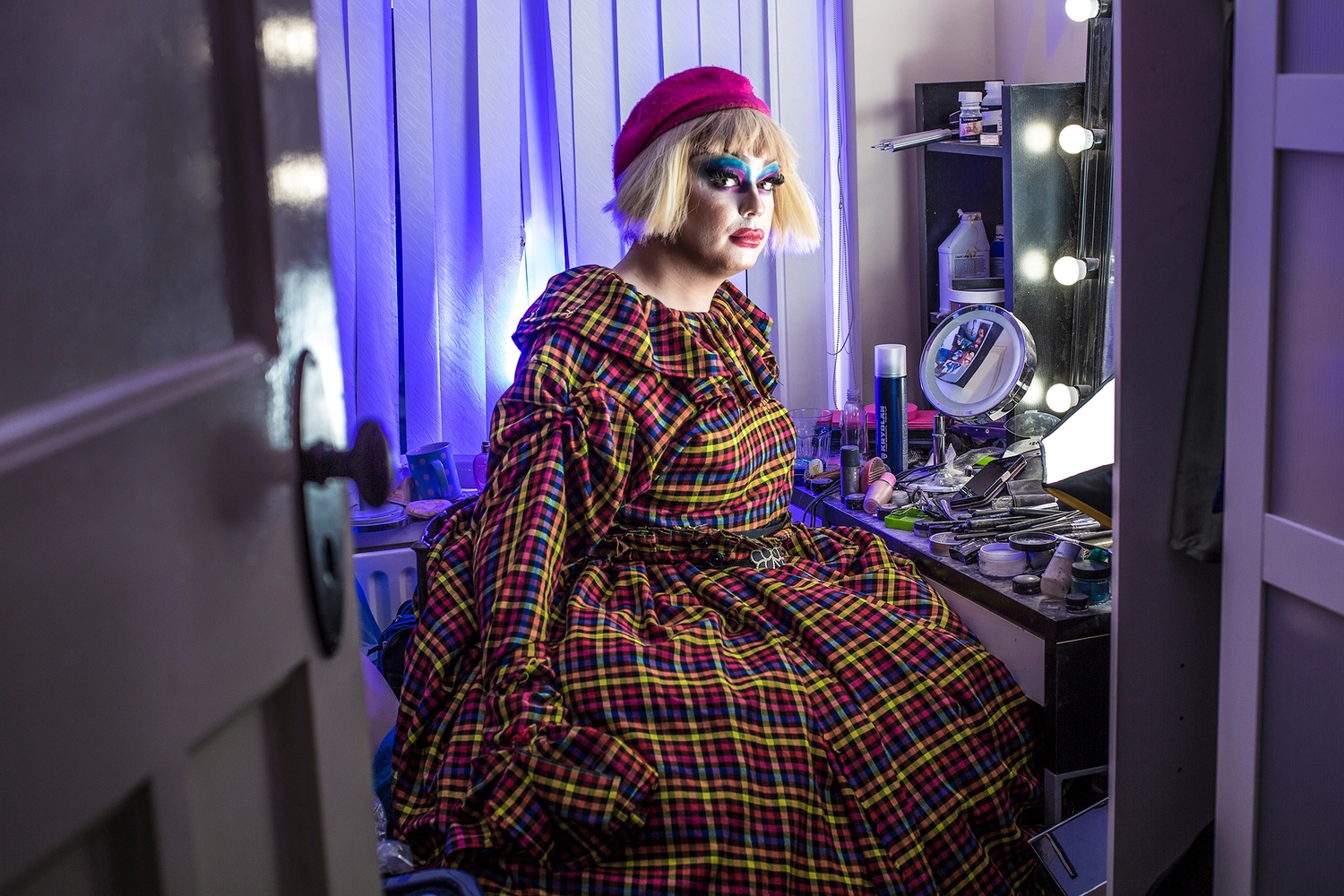 At The End of The Rainbow Lies Belfast

“At the End of the Rainbow Lies Belfast”,  is a photographic portrait series by Jessica Weber. Depicting some people from the complex and extremely creative LGBTQIA+ Scene of Belfast, Northern Ireland. 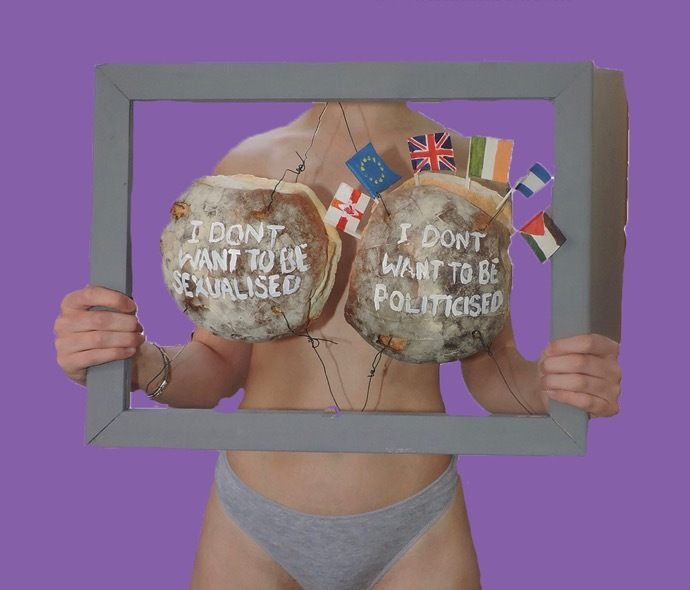 Recent painting, installations, sculptures and other artworks by Shauna Fox. 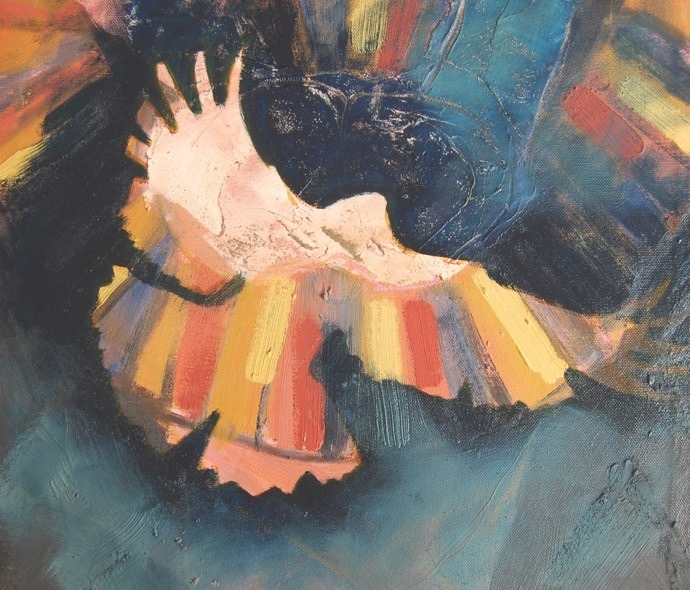 “Darling your soul’s like the flowers on the earth. Grow through what you go through, radiate from the inside out. You are more than just aesthetics, you are you and you are beautiful from within.” 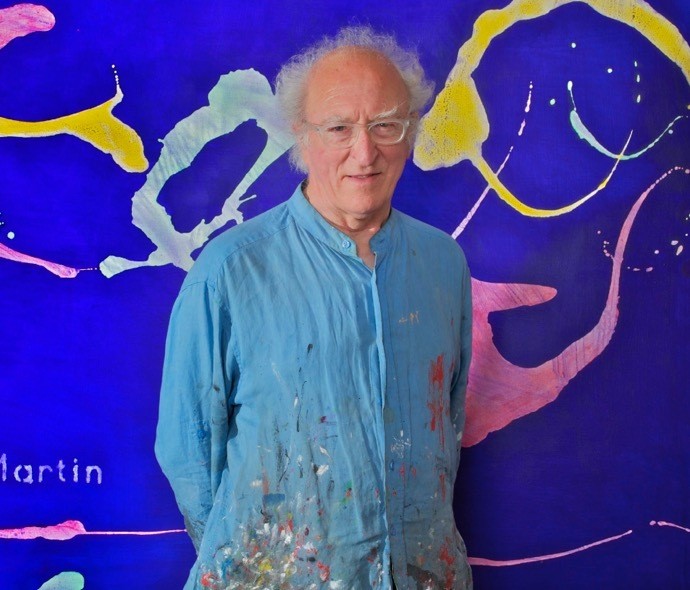 “Neil Shawcross is an artist of tremendous integrity. Having gifted this collection to the People of Belfast it seems entirely fitting that this collection will be on display in the Sea Holly, a gallery purpose-built and designed to bring art to the very heart of the city” 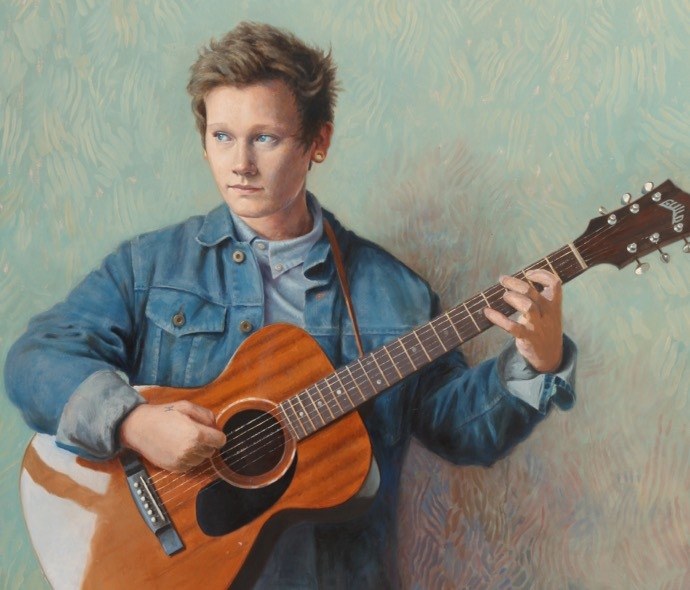 Each of the 21 life-sized paintings is a portrait of a person defined by music. They are all, very specifically, associated with Ireland – mostly from here, in some cases moved here, but all contributing to our vast heritage of music. They form an interesting diversity – from the instantly recognizable to less familiar champions and catalysts, all have a story to tell.

Promoting and celebrating the very best in watercolour painting that the province has to offer. 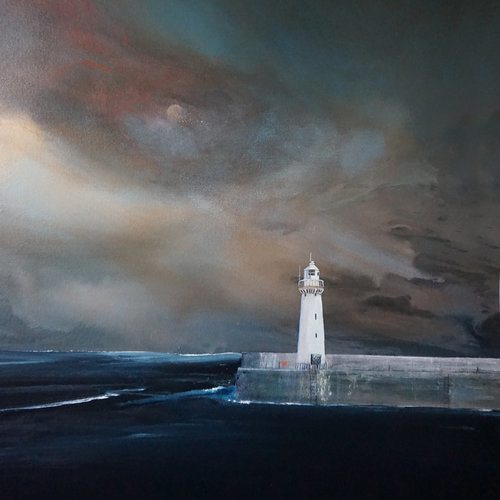 'This Island' by Sharon Millar

‘This Island’ is a spellbinding collection of Sharon’s paintings that beautifully showcases her distinctive painting style. Through colour, texture, swirling strokes, darkness and light you will be transported to the drama and moodiness of Ireland’s coastline, including the occasional mermaid sighting.

Metamorphosis - The In Between

A series of contemporary works by Pawlaszek reflecting on his life in Northern Ireland. It represents a trip to the “other”, invisible imagination worlds, chasing the limits of perception yet still connecting with and adapting to reality. Pawlaszek’s work stunningly reconnects with the humanity and individualism in life so often stripped by the modern world. 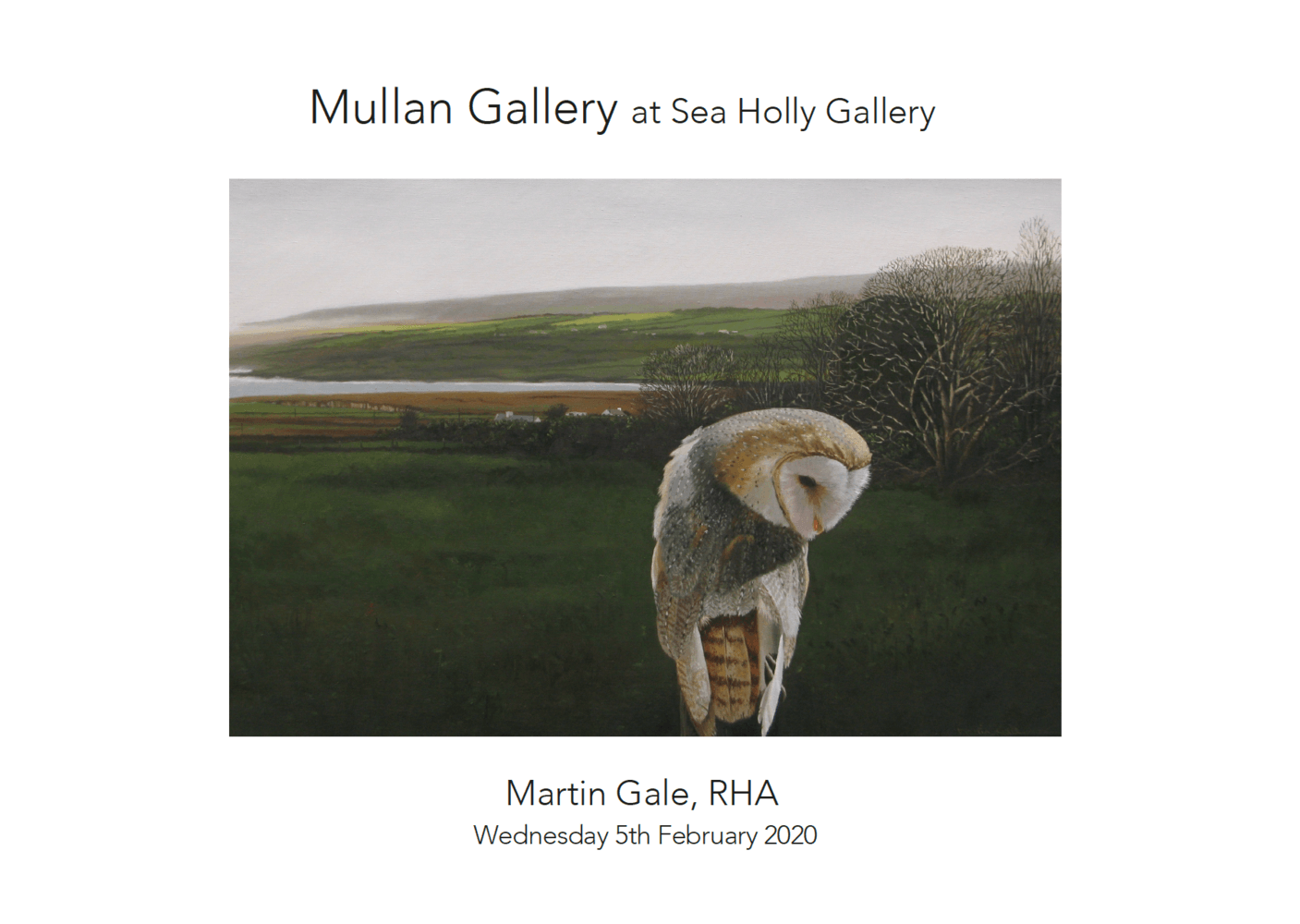 Sea Holly is delighted to be working with Caroline and Robin Mullan of Mullan Gallery to bring you what promises to be a very special exhibition by Martin Gale, RHA.

“Gale is a faithful reporter of the Irish landscape” – Aidan Dunne

The exhibition opens on February 5th and will run until February 19th 2020. 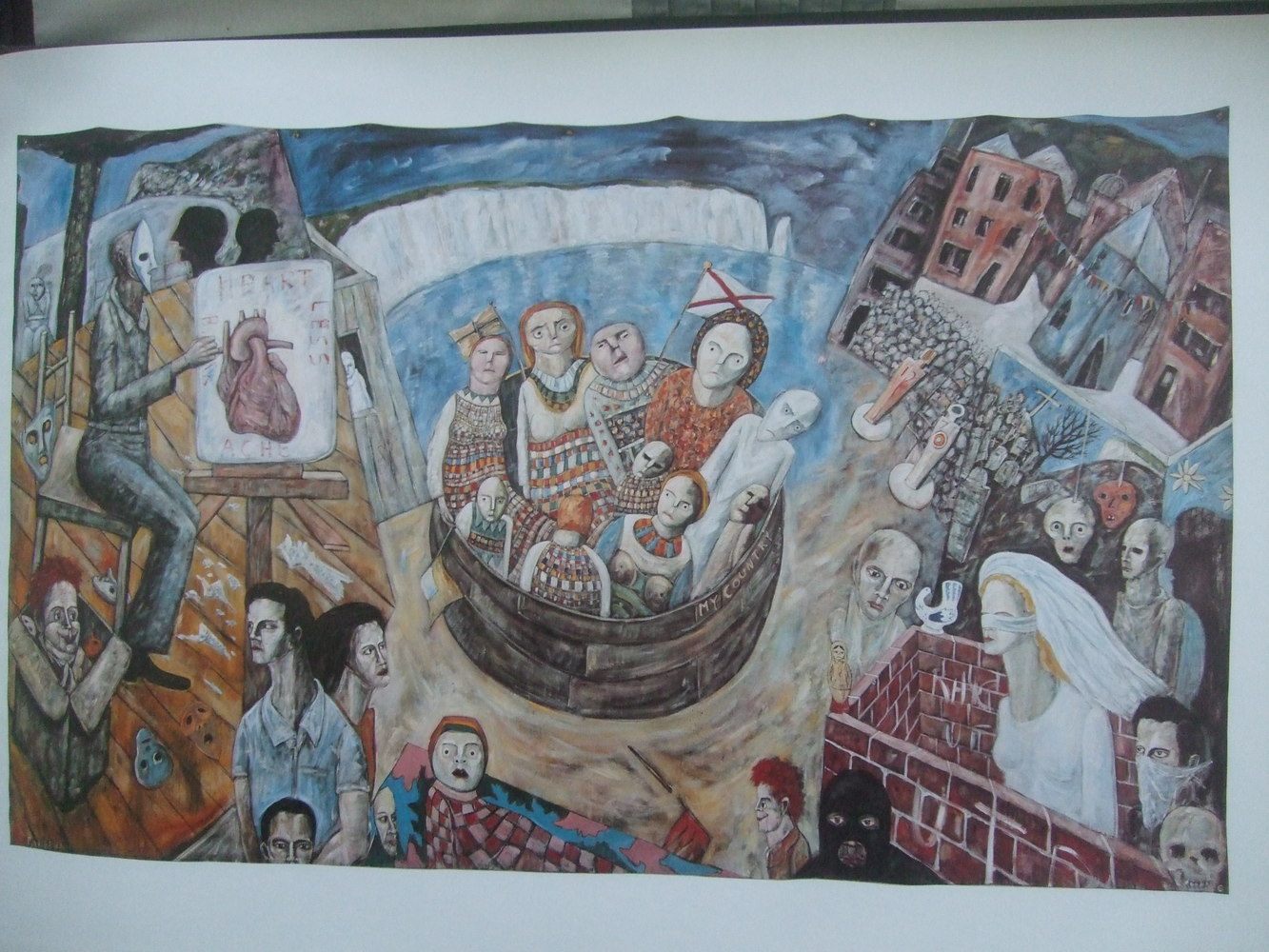 These works are an intensely personal reflection on the experience of living in Northern Ireland over the last twenty years and are Jack Pakenham’s way of ‘making sense’ of working as an artist in this complex and disturbed society. They are as relevant in 2020 as in 1996.

“Nothing is as it appears to be;
Nothing is ‘only itself’
People must come to see the paintings with their own memories and allow the poetry to speak.”

IMAGES OF THE SEA HOLLY GALLERY

What’s on in the Gallery

How to find us